This is the first in the world article about the new Vertu Aster phone. We toured the manufactory of Vertu, located near London in the county of Hampshire, a few days before the phone announcement and now hurry to share the photos and impressions with you.

A few minutes ago the newest Vertu smartphone was announced in London. On the list of main advantages, in addition to the luxurious interior materials and titanium body, we see the screen of 5th generation polycrystalline sapphire which protects its Full HD display, the stereo speaker which Vertu supplements with surround sound by Dolby Digital Plus, the 13-megapixel camera certified by Hasselblad that ensures perfect quality of pictures, and the 4-core Qualcomm Snapdragon 2.3 GHz processor which guarantees the high speed of the smartphone.

This is not just a factory or an office, it is the R&D centre where the engineers come up with ideas which potential customers will use in the future, and test labs where new luxury-phones are tested, being thrown half a metre onto a concrete floor, being frozen and bent in different directions (Hello, iPhone 6 Plus!).

All the components are assembled in this manufactory. Moreover, every phone is put together by a single craftsman who subsequently proudly engraves his name on the body of the gadget. This speaks volumes about the uniqueness and high quality of each unit issued.

Naturally, the leather and the electronics are not produced here. After the company’s engineers design the phone, all the supplies and accessories are ordered from the partners, the best suppliers and manufacturers of heavy-duty leather, sapphire glass and electronic components. Along with the process of assembly of the units workers put together the sapphire screens in the so-called “clean” room. These are intricate units of a display panel and glass. In the sterile space without dust (air in the room is replaced in its entirety four times an hour to avoid ingress of dust between display and sapphire crystal) the two parts are attached by hand. Incidentally, even though the sapphire crystal is grown artificially, the cost of one single piece used in a Vertu smartphone may exceed the price of a whole new iPhone 6. 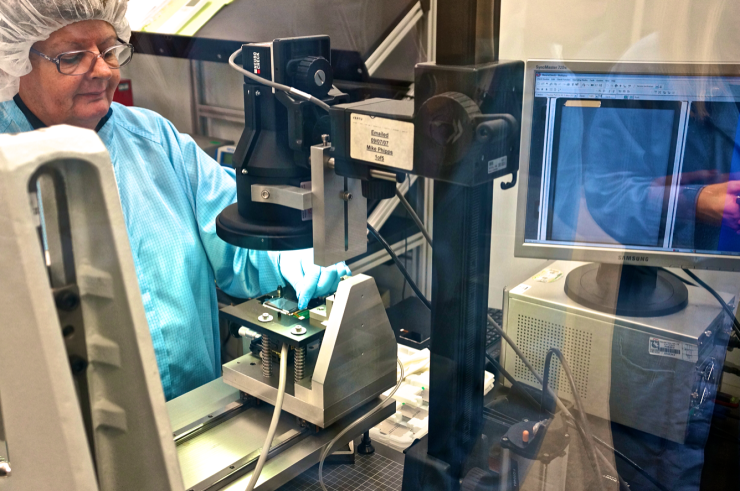 This is due to the fact that for Swiss watches the substance is cut off crosswise giving tens of rounded glass pieces, whereas for smartphone the cut is along the fibres. Up until recently it was only possible to obtain one screen unit from each crystal using this technique, but especially for Vertu a new way has now been developed to cut the sapphire yielding several usable pieces.

At the next stage the craftsman receives a set of items: electronic components, leather covers, ceramic and metal parts, screws etc. In the case of Aster where the gadget features almost no buttons, the parts are large enough so everything is presented on big flat trays.

A small digression about a part for another Vertu phone: the screw for Vertu Signature is real-life nanotechnology. 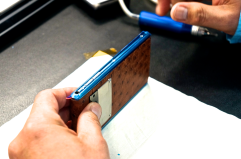 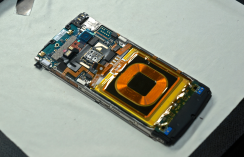 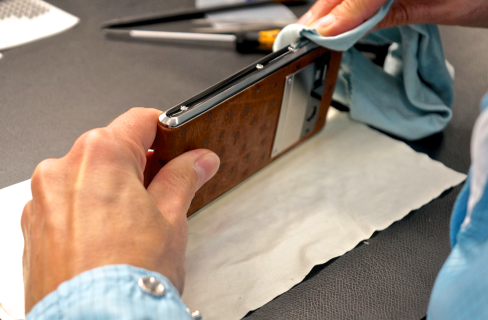 Once the body is almost completed the assembler tucks the leather deep into the joints. This ensures that the phone will last a long time and no edges of the material will come loose. 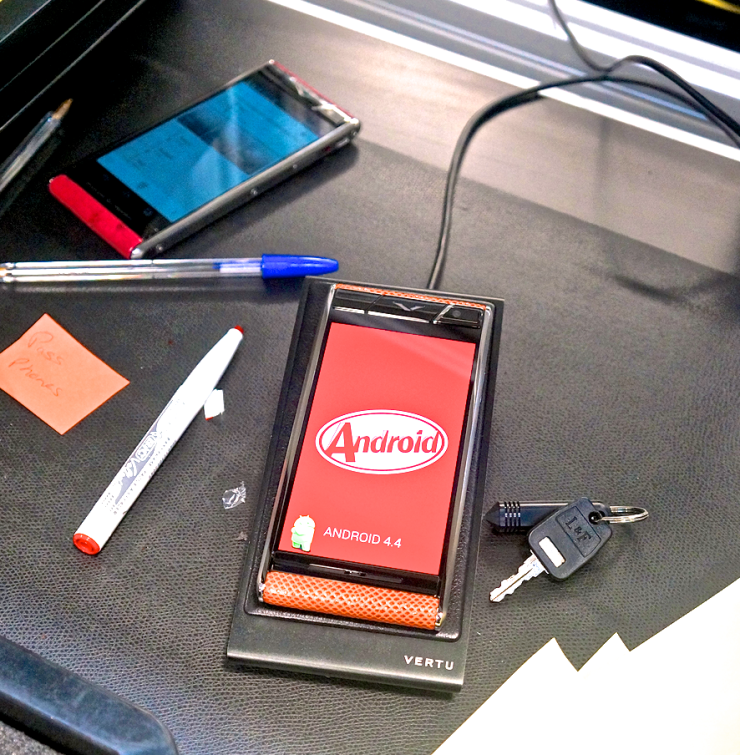 Once the devices are assembled, life is injected into them by installing the latest version of OS Android Kit-Kat. The chocolate logo on this level of smartphones is unexpected, but there is no other way.

This replaces the technician-level operating system which is installed initially to control and check the level and quality of the build, the functionality of all antennas and of the processor.

The final element is the engraving of the logo and the name of the creator, the serial number and the cherished «Hand Made In England». This whole process takes a couple of seconds. 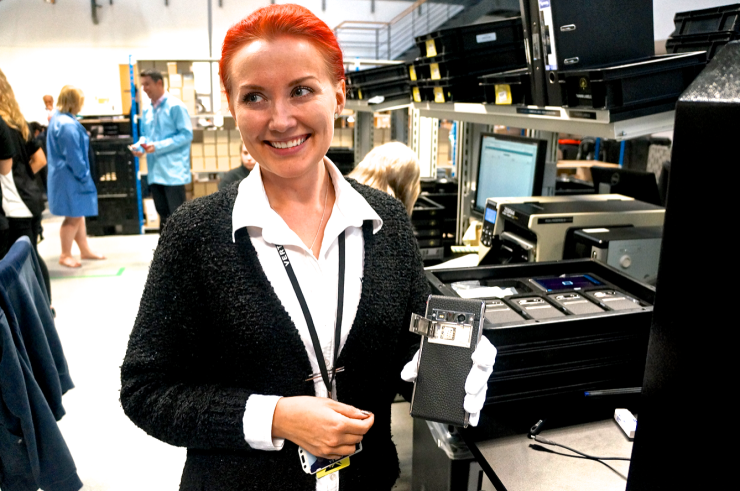 Once the manufacturing process is complete, the smartphones stay on the plastic trays where all protective film and assembly-level labelling is removed. 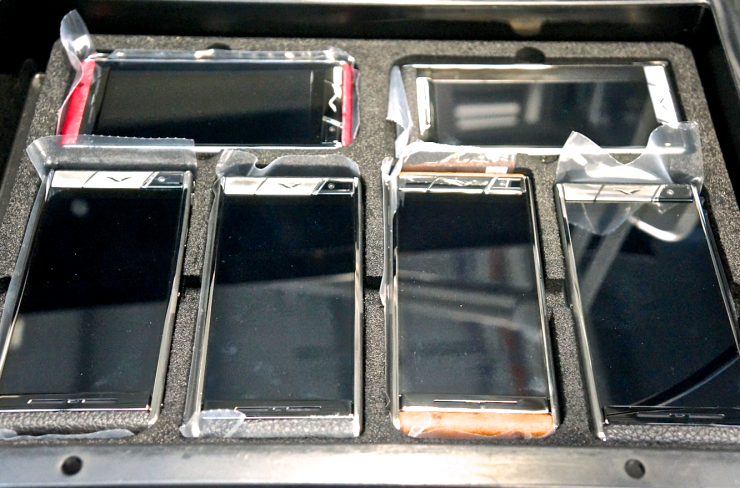 Finally the smartphone is laid in a soft tray and then in a black gift box, before being packaged in a shipping container.