London is a great city for architects. New skyscrapers, transport systems and especially great Heathrow airport with new terminals. But not everything is wonderful.

London Britannia Airport is a proposed six-runway airport to be built on an artificial island in the River Thames estuary to serve London, comparable to a similar approach taken with Hong Kong International Airport. The proposal had been dubbed “Boris island” by the media, reflecting the support for the project from London Mayor Boris Johnson. The scheme was proposed by Testrad (Thames Estuary Research and Development), initially an agency formed by Johnson but now also involving other partners, and was rejected by the airport commission in January 2014.

Plans for a Thames Estuary Airport go back many years. The idea was revived in 2008 by mr. Johnson, to be located towards the Shivering Sands area, north-east of Whitstable. The deputy mayor, Kit Malthouse, had supported a Thames estuary airport since before taking office.

Elevated View of the Terminals and Runways 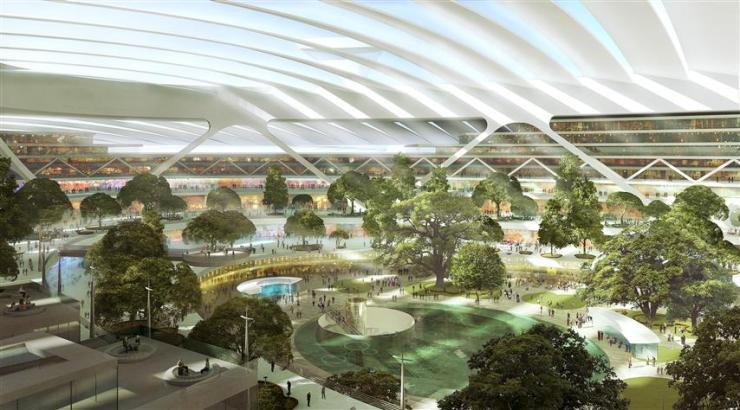 The Redevelopment of Heathrow