From the very first day of the decision to hold the Olympics in Sochi, only few believed that it will be the best game in the history of the Winter Olympics. But they become it!

An incredible number of athletes, participating countries and fab infrastructure, which is awesomely great and how everything is thought out. 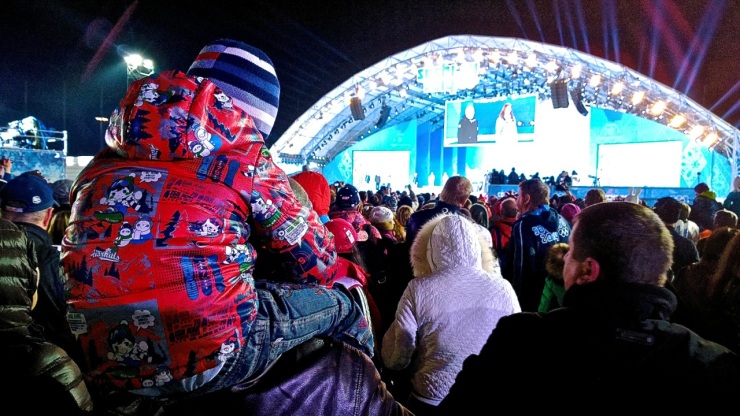 I am very happy that I was able to visit these games and see several performances, including Figure skating, where Russian athlete Adelina Sotnikova took gold in figure skating. First in Soviet and Russian history. Truly brilliance performance and breathtaking moment!

Click the image to explode and see in details

The olympic Torch situated right in the centre of the Olympic Park. It’s visible from the airplane on the arriving to the Adler Airport in Sochi.

Everything seems very harmonious and united. Everything is everyone in Sochi lives with those Games. It’s like each is involved in this process.

Next, I want to talk about a mountain cluster. Here are the competitions in biathlon, skiing, snowboarding and more. All objects are interconnected by cable cars. Cockpit designed for a few people, but some are up to 30 people. Thus no queues and all the spectators are reaching its facilities very quickly. Organisation is at the highest level it could be.

The centre of this Winter Paradise is the place called Rosa Khutor. It was build specially for the Olympics in a few years. 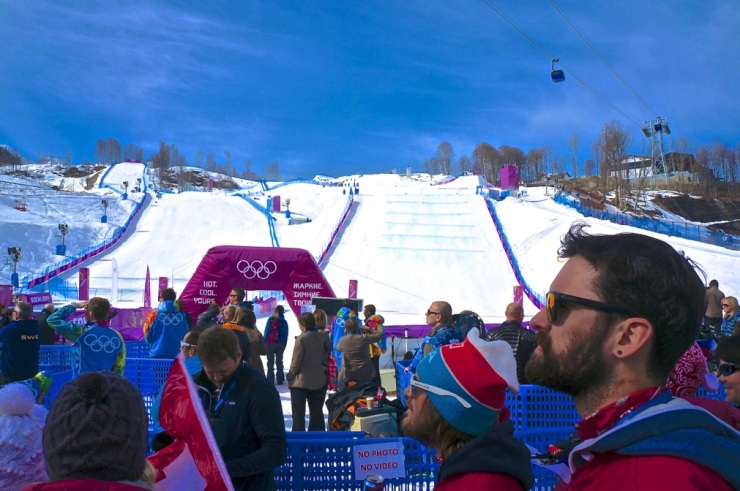 INSIDE OF THE “BOLSHOI” ICE DOME

One of the biggest and best designed Ice Dome I’ve ever seen. It’s nice even inside with huge seating area for 12 000 visitors and big Screen Cube by Panasonic in the middle, one of the biggest in the world. 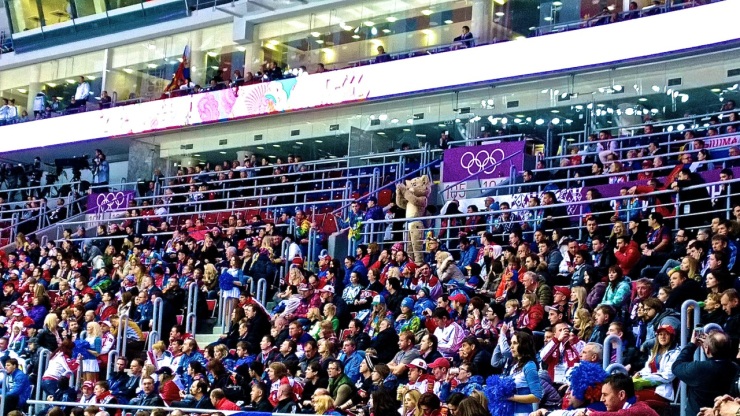 Olympic talismans are walking between rows and you can take pictures with them.

The big big screen in the middle. Super cool. 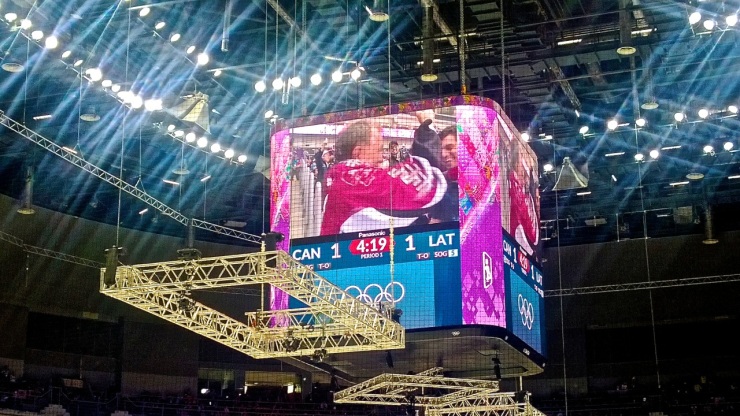 It was the game CANADA VS LATVIA. Canada won.

INSIDE OF THE STADIUM “ICEBERG”

At the beginning I didn’t really like this stadium by the pictures, but fall in love when came there. Wonderful and big. Everything is so cool.

In the middle of arena you can see big cube screen by Panasonic. It’s huge and wonderful to see from any part and seat in the hall. It really helped me cuz I don’t see so far.

Stadium is designed for 12,000 spectators and all seats are taken! It’s absolutely full! This is incredible! By the way, mostly all the places at all events sold out many weeks before the events. Tickets price for the most distant places was 8 000 – 12 000, which is approximately equal $400 or 220 GBP. Ticket prices for the lower tiers are almost 800 dollars. There were so many foreign fans, but Russian fans certainly prevailed.

It is difficult to convey in words the excitement of last minute performances of the best skaters. And here it is – VICTORY! Rostrums are literally roaring and jumping for this joy! Korean fans have lowered flags and some of them even walked out. 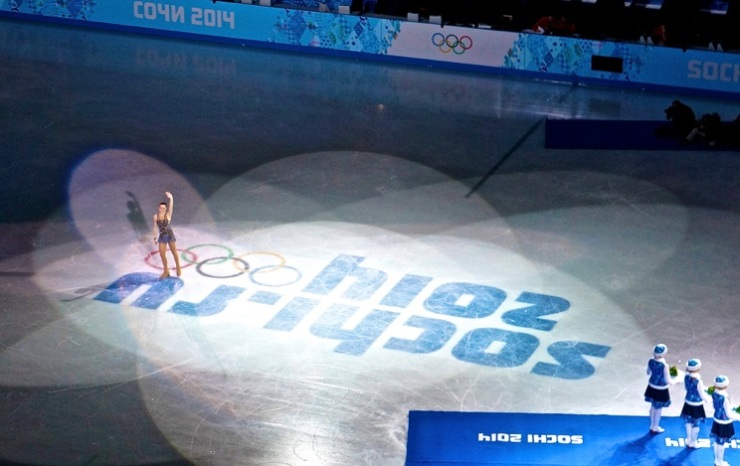 The winner of women’s figure skating Adelina Sotnikova is taking her throne.

Of course after the event we went to the main area of ​​the park and celebrated the victory. First in the history of Russia in the women’s figure skating. Flags, smiles and cries! And the TORCH! The most beautiful Olympic flame!

No hustle or delay when exiting the park and from the stadiums, all very well organized. 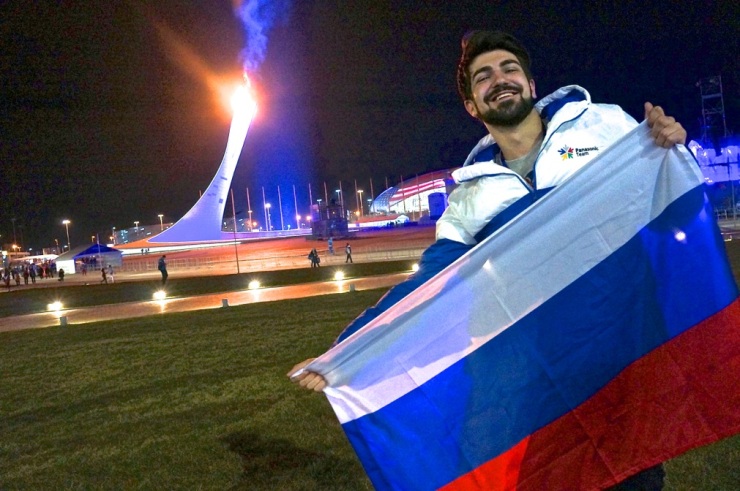 That was just a few days of the Olympic Games in Sochi and ones of the most unbelievable days in my life. Thanks everyone who gifted this moments to me and to the country, and to the world!